Review: The Tough Guide to Fantasyland, by Diana Wynne Jones (1996) 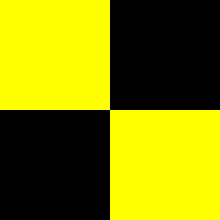 Time for something a bit lighter, I’d say.

I first got my hands on a copy of The Tough Guide to Fantasyland some time around 2005. I think. I do remember it was actually shelved in the Humour Section of my local University Bookshop, rather than Fantasy and Science-Fiction.

You see, at the time I read it the way the author intended. As a resource to dip into on a haphazard basis, for personal amusement or as a wry warning for fantasy writers. Now, stuck as I am in government-mandated lockdown, I thought I’d revisit the Tough Guide in a more organised fashion. By reading the thing cover-to-cover, in a manner it really isn’t suited for… but, well, it is the first time I have ever actually done this, and it has been a while since I cracked open the book at all.

Now, let us address the elephant in the room: The Tough Guide to Fantasyland is not a novel. It is not even a collection of short stories. There are no characters, except, in a sense, You the Reader. The book is an A-Z of Fantasy Tropes, framed as a guide for tourists in Fantasyland – the generic setting where all fantasy stories ostensibly happen. The Tourists are, of course, the Protagonists of Stereotypical Fantasy Novels, and the idea is that you flip between entries, as the fancy takes you. It’s supposed to be read in that sort of non-linear fashion. Rather like an encyclopedia, and Jones has great fun with snarky deconstructions.

Opening, for example, at a random page generates this entry:

Stallions are always ridden by KINGS and other important people. You get the impression that no one of any standing would be seen dead on a mare or a gelding. Luckily, the Stallions are quite docile about it. (See HORSES for the reason why these impressive beasts are so easy to control.)

I think you rather get the idea.

Looking at it from the perspective of 2020, I feel rather underwhelmed. The Tough Guide to Fantasyland strikes me as more interesting as an idea – turning Generic Fantasy Literature into Organised Tours – than as something worthy of a 300-page book in its own right. Not least because satire of the genre needs to be a bit more sophisticated than just pointing out clichés. Yes, we know clichés exist, and it’s good to be aware of them (especially if you want to write fantasy yourself), but these days we have TV Tropes for that… what does this book bring to the table? Beyond making the reader feel clever? Jones mixes in humour with her snark, but apart from a few classic entries, I feel the book is less than the sum of its parts.

This goes double when you consider that The Tough Guide to Fantasyland came out in 1996. This was before Harry Potter or A Song of Ice and Fire, much less more recent stuff. In a sense, we are seeing a critique of a genre that has (in many ways) moved on over the past quarter-century. Sure, Generic Fantasy of the 1980s and 1990s was certainly worthy of criticism, but to read an entire book on the subject today would be rather like reading a book lamenting the fashion crime of flared trousers. It’s as much a literary time capsule as that which it gleefully mocks.

Most seriously, I think, when Jones does snark at a cliché, there is the tendency for the Tough Guide to forget that Tropes Are Not Bad. Certain storytelling conventions exist for a reason. Consider, for example, this entry:

Ferry is a raft-like craft for crossing RIVERS. It can be rowed or pulled across on ropes, but in either case the FERRYMAN must be paid. Since the Rules state that you need a Ferry only when the forces of Dark are on your heels, the price is usually exorbitant.

The book points out the cliché and moves on, without considering what is at work from a storytelling angle. Because there are indeed storytelling dynamics at work here. Having your protagonist need a Ferry to escape pursuit makes for a tense and high-stakes scene. It gives the reader some reason to care about the scene at all… and the reader needs to care about your story. No-one is going to want to read an Epic Fantasy story where the protagonist takes Sunday afternoon off from saving the world, and heads out for a casual no-stakes river-jaunt.

Sure, it is good to know about ‘what has been done,’ but let’s not toss the baby out with the bathwater.

OK, so I have been a bit harsh on the book thus far. Part of that is my own fault, of course – you’re not supposed to read the A-Z entries cover to cover in this manner. It’s something to be dipped into, and put back on the shelf. But, apart from that, does the book have any particular highlights?

Yes, it does. These are such entries as Horses, Economy, Ecology, and Insects. The first constitutes a warning to would-be fantasy writers that horses are not bicycles. Sure, the horse may be needed as transport for plot purposes and nothing more, but remembering that these are living creatures adds a dose of grounded realism to the piece. The same applies to such world-building concerns as Economy and Ecology… one can achieve a much more ‘real’ effect by putting thought into such areas when designing a setting. I think Jones goes overboard on occasions (do we really need to specify that silk-worms exist before describing a character wearing silk?), but her points are often valid.

Also, to return to the notion that the Tough Guide is rather dated… that in itself is not necessarily a bad thing. Sure, it rather pales beside TV Tropes these days, but if one has been raised on a diet of Deconstructive Fantasy (Martin, Erikson, Abercrombie, Bakker, et al), it might actually be worth remembering that, once upon a time, the genre looked quite different. The Tough Guide to Fantasyland gives you the bare bones of that earlier era – and their pit-falls – without requiring you to sit through a metric ton of clichéd door-stoppers. Think of it as a sort of summarised introduction to the cheesy predictability of 1980s Fantasy. Hell, if you wanted to write your own clichéd 1980s Fantasy Story, using this book as a How-to Guide would be the place to start – after all, certain authors of the era discovered that clichés sell very, very well.

So… The Tough Guide to Fantasyland. Still good for the occasional smile, and I think still useful for fantasy writers as a summation of things to be aware of. Or some things, anyway – one suspects a 2020 version would have very different entries for Torture and Sex, among others, while the role of the Dark Lord might be dialled back. The book’s biggest weakness, apart from its arguable obsolescence, is that it fails to go the next step, and explore why certain storytelling conventions have developed the way they have. Snarking at clichés makes us all feel clever and insightful, but I feel it distracts from any deeper understanding of story, by focusing too much on superficial elements. As a successor, TV Tropes isn’t just more encompassing, it’s also more neutral as to the role these Tropes actually play. The Tough Guide to Fantasyland is still good fun though.

2 thoughts on “Review: The Tough Guide to Fantasyland, by Diana Wynne Jones (1996)”